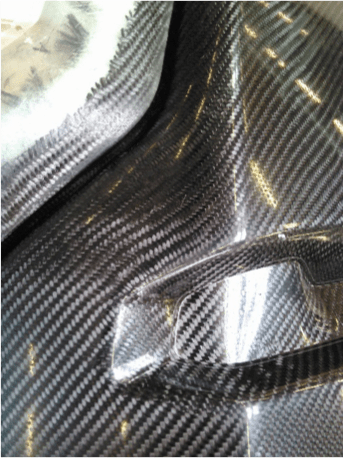 A component with visible carbon optics had an optical problem due to unsightly distortion of the fabric. As a result, the fibre flow did not meet the customer’s high aesthetic requirements for a visible carbon surface.

The task was to optimize the component and get it approved by the OEM. This was done in close coordination with the quality department, purchasing and engineering at the OEM as well as the senior management, management and affected employees in production at the supplier.

The current status at the beginning of the optimization project was a finished production line for the RTM process and completed crash tests. So I was limited with the changes that were still realistically possible. The start of series production was already months overdue as there was no release in the PPAP (initial sampling of the component with series production conditions) at the OEM with this surface.

Analysis of the situation

Due to the strong curvature of the component in all three axes in this area, a strong fabric distortion was the result. In the adjacent picture you can see very well the problems with draping the two-dimensional fabric in a three-dimensional tool.

I analysed the processes and procedures in production and also manufactured some parts myself to see what was possible under the given conditions.

Development of the solution

My tests showed that a first step in the right direction was possible with appropriate staff training. It was then agreed with the management that I would train one employee per component and production line, as a trainer so to speak. This alone was a first major step forward. 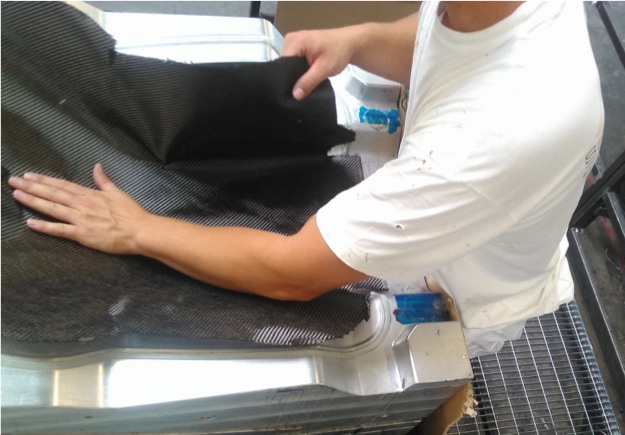 In parallel, I developed new, optimized cutting templates and improved the cutting processes to achieve greater accuracy and repeatability.

After a few weeks, the OEM was given approval. The employees in production were now on a level that allowed them to produce a high, consistent quality. As a side-effect, this also led to increased employee satisfaction, as they had previously always been held responsible for the high level of rejects. 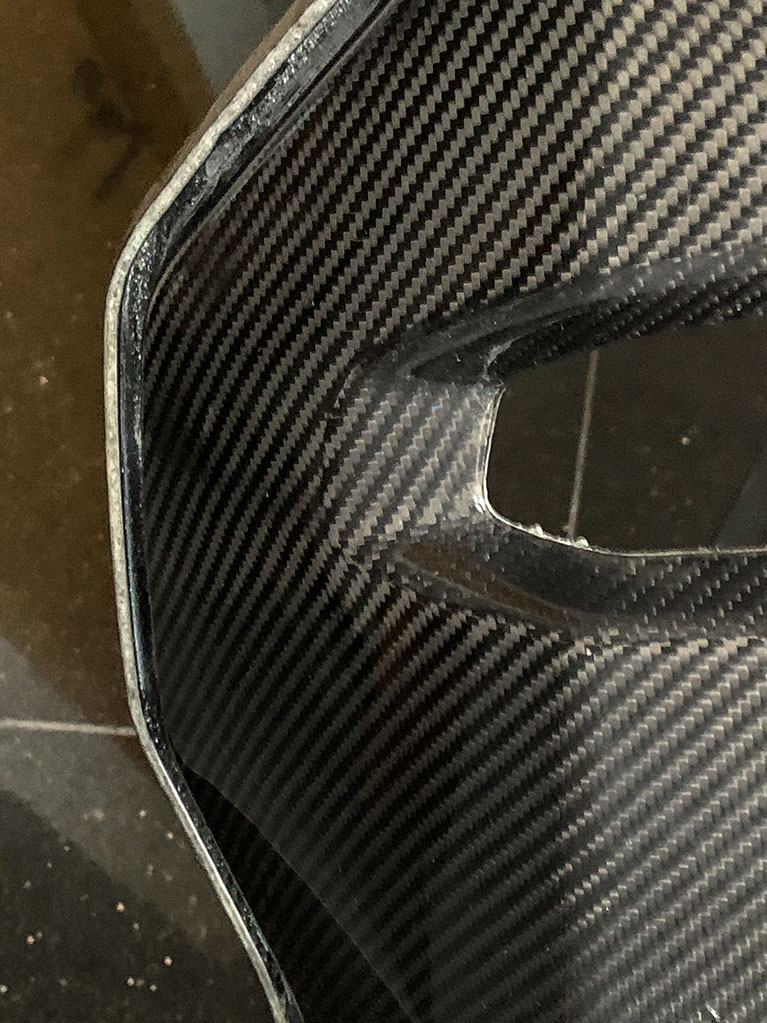 What challenge do you have for me?

Where do you have open questions, process problems, difficulties or challenges in the production of fibre composite components? Let’s talk about this: +49 7161 988-4470